New technology is helping our dreams come true in a surprising way. Car manufacturers play a part in this. They are trying to outfit their vehicle with the new technology. Sometimes, you hate to have things in your pockets. Apple CarKey might be exciting news for those and some car owners who can communicate with their Apple devices and cars already with features such as CarPlay.

Apple and BMW worked with the Car Connectivity Consortium (CCC) to identify and set global standards for Digital Key functions. The good news is that the BMW digital key for the iPhone introduces some innovation to the car key formula. And this key wants to pair between a phone and a car that is stored in your Apple’s Wallet app. The sound is good. Then, Let’s dive more into Apple CarKey compatible cars.

Apple Car Key allows their users to use personal devices as storage of virtual keys in digital wallets such as Apple Wallet via communication channels like NFC, Bluetooth/Bluetooth LE, etc. And yeah! From now, you can lock, unlock, and start your car wirelessly with iPhone and Apple Watch. But, Apple Car Key isn’t supported for every iPhone/ Apple Watch device and every car.

However, there are several limitations as well as benefits when considering digital car keys. While entering a vehicle, a phone as key tech can keep your phone in your pocket. Also, proximity key fobs allow users to lock, unlock and start their car without a physical key. And, it will transform your car into a Smart Car in a surprising way.

If you wish to restrict some access privilege, you can even limit max speed or stereo volume. And, there is an Express mode to lock, unlock and start your car without requiring you to enter a passcode. Also, you have an option to disable this Express mode to make it. So, you can only unlock the door of the car with a Touch ID, Face ID, or a secure passcode. It would make Apple CarKey more secure.

Away from traditional keys

It has cooler features such as sharing CarKeys with friends through iMessage. And there is an opportunity to share Car Keys with others up to five users and can be a restricted access option (restricts top speed, maximum radio volume). Don’t worry about your dead phone. You are also able to get into your car with your dead phone up to five hours after a low battery shut-off. Further, in case you lose your Apple device, the Apple Car Key feature can be disabled via iCloud.

What about the Apple Car Key compatible cars?

Most new BMW cars will be compatible with Apple CarKey features. So, you can use your iPhone and Apple Watch as a car key. It allows iPhones to lock, unlock and start user-registered vehicles. How so? BMW’s latest model demonstrated the Car Key feature at Apple’s event.

Even if your Apple device (iPhone, Apple Watch) is compatible with the Apple CarKey feature, Your car might not be compatible with this. The BMW models only support this feature at the time of the writing. If you don’t know the BMW model of your car, you can find it using the BMW-connected app.

BMW is not only the first car to support the Apple Car Key feature, but also the first car manufacturer to adopt wireless CarPlay and iPod compatibility. However, Apple hasn’t given any official statement which car manufacturers will be partnering with Apple for Apple Car Key compatibility. Sure! Most of the cars will support Apple’s CarKey feature in the near future.

Since Car Key is based on Near Field Communication (NFC) tech, all cars should be compatible with CarKey with a fully implemented system for the same. Also, the cars should have an app from the manufacturer for your iPhone. It also wants to support the Car Key feature. Now, it is time to keep our fingers crossed for some good news.

Many tech enthusiasts believe that digital car key features will soon be available on other car manufacturers. To be able to take the entire advantage of the Apple CarKey compatibility feature, it is required for the device to have Background Tag Reading technology. This needed technology is available on the latest versions of iOS smartphones as well as iPhone XR.

The feature of Apple CarKey is promising, and Apple might bring more innovative features inbuilt into iOS with other car manufacturers to support. Note that most of the car manufacturers have their apps supporting Apple Car Key such as BMW, and Toyota.

The BMW 2 Series is a range of subcompact executive cars. There are many awesome new features for this series including new engines offered in the 230i model and the M240i, the four-cylinder turbo engine in the 230i, a new 18-inch wheel and tire package featuring non-run-flat Michelin Pilot Super Sport tires for the M240i, and a new 17-inch wheel as standards equipment on 230i.

The BMW 3 Series is a line of compact executive cars that brings power and innovation together. It maintains standard-setter status among compact luxury sport sedans. It is the most recognizable nameplate in the luxury compact sedan segment. Also, it offers xDrive AWD as an option and RWD as standard. Every Series is equipped with a 12.3-inch fully digital gauge and 10.3-inch infotainment touchscreen. All have Android Auto, Bluetooth connectivity, Apple Carplay, and built-in GPS.

The BMW 4-series has a distinctive design, rakish two-door roofline, and snout-like front grille. The 4-series competes with other German luxury automobiles such as the Audi A5 and Mercedes-Benz C-class and is available as a hardtop coupe or soft-top convertible. Also, it is available with a turbocharged four-cylinder or turbocharged inline-six engine, both of which are available with rear-wheel or all-wheel drive.

The BMW 5 Series is more of a luxury cruiser than a driving machine. The 540i had a facelift last year, as well as a modest hybrid system, but it did little to improve the numbness that pervades the driving experience. The 5 Series' interior room is a hallmark, and the cabin materials are generally of exceptional quality. Despite this, the interior lacks the seamless elegance of a Mercedes-Benz E-Class and the pure tranquillity of an Audi A6. Though the 5 Series lacks the latest generation of BMW's iDrive infotainment system, the technology is outstanding.

This includes a new standard 12.3-inch touchscreen infotainment display, BMW's new cloud-based navigation system, and redesigned headlights and taillights for the M5. There are a few M5-specific adjustments as well. The three controls for changing the damping, steering, and throttle response settings on the inside have been removed. They've been relocated to the infotainment display instead. Some may miss the tactile controls, but BMW claims the new system is more intuitive.

BMW's 8 Series Gran Coupe is a stunner. Luxury four-door coupes with swept-back styling are all the rage right now, and BMW's 8 Series Gran Coupe is no exception. With two doors instead of four, the coupe and convertible models offer even more flair. The BMW 8 Series debuted for the 2019 model year as a replacement for the 6 Series, and it has remained mostly unchanged since then.

Further, the 8 Series competes with other premium fastbacks such as the Audi A7 and Mercedes-Benz CLS-Class, as well as electric options like the Porsche Taycan and Tesla Model S, especially in Gran Coupe form.

Because the BMW X7 is so large, driving and parking it in town might be a challenge. Despite this, the X7 has front and back sensors, various cameras for a 3D vision of the vehicle, and a system that can park and reverse the vehicle for you. So there are no more excuses.

The X7 is one of the tidiest SUVs to drive out of town and on winding country roads, but you'll be more interested in how comfy its air suspension is over bumps and how quiet it is at highway speeds. There's almost no wind or road noise, and BMW's Driving Assistant Professional adds a system that accelerates, brakes, and keeps you in your lane for a more relaxed drive.

Can I use Apple CarKey with older cars?

Apple CarKey is available on selected BMW cars only. But several older cars use the technology of digital car keys. They may be able to use Apple CarKey with future updates. But, Apple hasn’t announced yet about compatible older cars.

How does the BMW Digital key work?

If you have a BMW Digital Key, it is easy to use for the first time. You just want to place your iPhone in the smartphone tray of your car and then press the start button. Your iPhone doesn’t need to be unlocked before opening your car door or starting the car because of the preset Express Mode. If you want to disable this, you can disable this function manually. After disabling this function, you have to verify your identity through TouchID, FaceID, or passcode.

You can use the MY BMW App to see whether your vehicle is compatible with your Apple devices. You can use a Compatible iPhone to log into the app and it is necessary to have your BMW ID, and then you can add your vehicle to your account. On the vehicle tab if you see a section marked “Digital Key”, then your car is compatible. Once you set up your CarKey, you can use it even if you uninstall the MY BMW app.

How do I set up the BMW digital key?

All you need to want is an Apple CarKey compatible BMW car and a compatible iOS device to set up a digital key. First, you want to link your BMW car to a BMW ID. You can use the My BMW App to add the key to your BMW ID. Otherwise, you can create a new BMW ID instead of an existing ID.

Instead, check out the install CarBridge in iOS 14 and 15

How safe is the BMW digital key?

Don’t worry about your digital key. It is saved in the Secure Element on your iPhone. Because the sender and receiver must be in close proximity to communicate, Near-Field Communication technology ensures a high level of data security.

As previously stated, Car Key functionality requires an iPhone XR, iPhone XS, or newer, while Apple Watch support is limited to the most recent Apple Watch. And, Car Key requires iOS 13.6 or later on your iPhone. BMW drivers will be able to lock and unlock their vehicles using their iPhones or Apple Watches, as well as start the vehicle when the iPhone is placed in the smartphone tray.

You can also give other individuals access to your account via iMessage and set certain restrictions, such as speed limits. Also, the BMW Connected app is available for free download on the App Store for iPhone and Apple Watch.  Let’s wait for Apple’s next advanced feature and Apple Car soon. 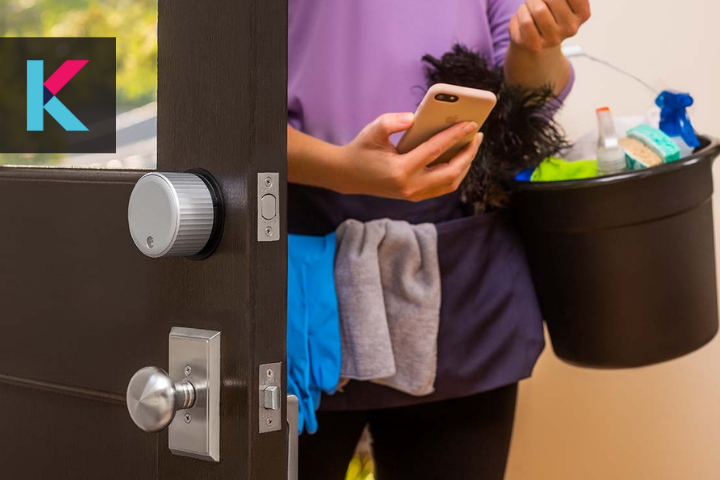 August Wi-Fi Smart Lock 4th Generation is the number one smart lock with built-in Wi-Fi. So, you don’t require an additional bridge to connect. Now, you can upgrade your deadbolt with this.

Amazon Dash Shelf is Amazon’s internet-connected scale that automatically repurchases whatever you stock on it when supplies get low. It is like an empty Amazon warehouse shelf. 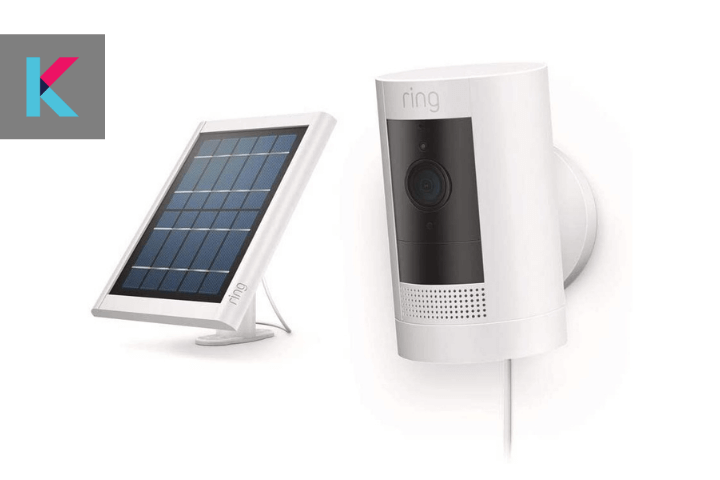 The Stick Up Camera provides all the features you need such as motion-activated notifications, a flexible design, and several power options. And the Ring Stick Up Solar Panel is the best non-stop solar power for Spotlight and Stick Up Cam.