Toyota made an announcement months ago that they’d be bringing the first electric car - mass market EVs for the US. Now it seems that this launch will happen not only in Us but also in Europe. This latest electric car is called “X Prologue” and Toyota has showcased the pic of this  electrifying headlight of the new vehicle. Beneath there was a countdown that ended on March 17th.

There’s also an LED light bar that carries across the nose of the car — a design element that’s becoming increasingly popular in the electric vehicle space. It is not yet revealed the detailed image of the vehicle as of Toyota’s other latest vehicles ranges.

Back in December 2020, the firm said that it would preview a new battery electric SUV “in the coming months.” It is said that The X Prologue will be revealed online as Toyota has invited the public to join the unveiling.

Toyota is today giving a small glimpse of its upcoming X prologue.

Please join us online at www.x-prologue.com on Wednesday 17th March at 10:00 CET to see the full reveal.

This will be exciting for all car enthusiasts out there.

Some rumors say that this could be a concept previewing the next-generation Aygo city car. Toyota confirmed its engagement with its intention to produce a new city car at its Kolin production facility later this year, which is in the process of being upgraded to produce cars on the TNGA platform.

If these rumors are true, then it will be the first one built on the EV platform Toyota has been co-developing with fellow Japanese automaker Subaru.

Even though Toyota has no battery-electric vehicles presently, (in Europe)  the company has previously stated it aims to sell one million EVs globally from 2030, with a family of 10 battery electric vehicles to go on sale in the early 2030s.

This new e-TNGA platform which was made as an electric car platform being developed in partnership with Subaru will be assisting in the company’s rollout of EVs. Hybrid and fuel cell vehicles will still account for most of Toyota’s electrified output though.

Toyota says that the platform is flexible and can be used “for a range of product types,” with possibility to adjust the platform’s length, width, wheelbase and height. e-TNGA can also use front, rear or four-wheel-drive electric motor systems, with batteries of varying sizes accommodated by the architecture too.

Now for those who have mobile phones and are interested in CarPlay / Android auto might be wondering will this Car Setup be supported by my iPhone’s settings or my CarPlay / Android auto? We wonder about these yet. It’s just days for the historical reveal of Toyota and will see if this would bring us a new car or an exciting concept only. Let’s count the days.. 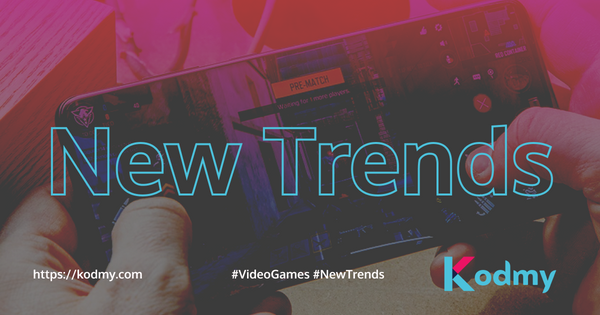 Five best video games introduction for you to try out and experience the best available video games via your mobile devices and pc.

You don’t need to jailbreak your iPhone to customize the app icons and wallpapers or simply to add a theme to your device. We have Colorup for you